In this first NEON research blogpost, I will introduce a range of partners, principal investigators and PhD candidates around an important topic that has gotten a lot of (critical) attention recently: wind power. What are all the worries about? Why is wind so important? And who is doing what on this topic within NEON research? 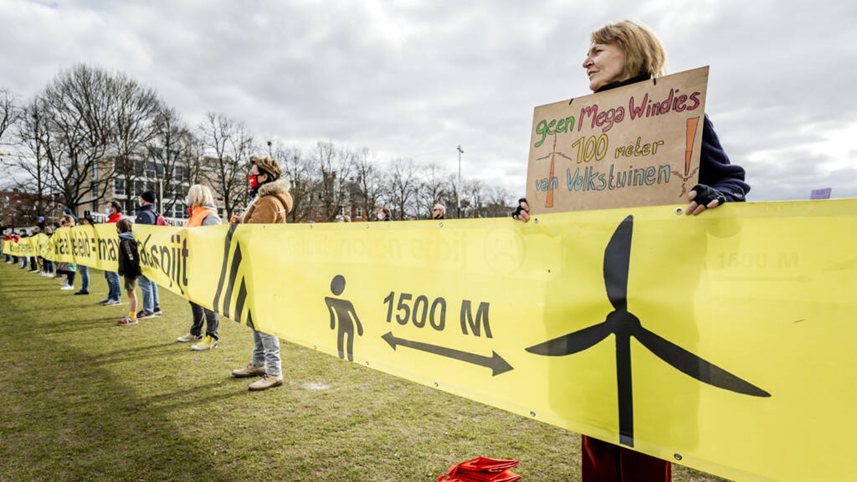 The worries regarding wind turbines on land are growing, the NOS wrote recently. A new report of RIVM indicates that sound is one of the biggest concerns: a hindrance to 1.3 million people and a serious nuisance (often related to health issues like sleep deprivation) for an estimated 7300 people. That is serious! Then again, roads are a serious nuisance for 300 thousand people and trains for a 100 thousand. Moreover, the fossil fuel that the windmills replace kills much more people. All according to the RIVM report.

By far the most wind in any scenario will be generated offshore where humans are not affected by the noise and where the output per square meter is more than twice as large as on land (currently around 8 W/m2). My calculation (see this report for Brabant page 19) is that we could produce twice our current electricity with 10% of the North Sea. And if we go easy on the pile driving, offshore wind can actually be a boon for biodiversity (especially if we optimise for it) since it creates a large number of artificial islands.

But all that offshore power has to be brought onshore and currently our electricity grid is not up to the task. That is why our PhD candidate Emiel van Druten will look at the optimal strategy to do that: What is the best place to bring all that power onshore? Even more interestingly I think is the question: Could we limit grid expansion costs if we increased the industry demand for electricity at the coast at the same time as we build new wind parks? If we model that right, it could save us at least a couple of hundred million, I think. (Emiel is also a consultant for Witteveen+Bos and also has an assignment to look at this from the government.)

We have a work-package on wind that is led by principal investigator Roland Schmehl, someone I know for more than ten years now. Although his work package provides us with all the wind expertise we need, the focus is on airborne wind energy, in which a plane or kite flying high in the sky pulls on a rope that turns a drum. Unlike wind turbines, this generates energy without needing a tower and the middle part of the propeller that connects the tips of the propellor (that does most of the work) with the tower. In the end, this means it uses around ten times less material and is less visible (and hopefully less noisy) than conventional turbines.

Our business partners in this work-package are Ampyx Power and Kitepower. Ampyx Power uses sturdy planes and is aiming for large windfarms, both on and offshore. Offshore offers the extra advantage that the absence of a tower means the fundament can be much simpler. They are currently finishing their third generation prototype the AP3 with a rated power of 150 kW. The next product on their roadmap is a commercial product: the 2MW AP4 and after that the AP5 is planned that could be connected to a 3-5MW generator.

Our PhD candidate Rishikesh Joshi researches when airborne wind on the North Sea would generate power. We expect that the production will be more constant and a bit different than the power from regular wind turbines which means that airborne wind can deliver when normal wind turbines can’t. This would make it more valuable for operators and lower the overall NEON system costs. PhD candidate Dylan Eijkelhof will look at the construction of the AP4 and AP5 and will provide input to our PhD candidate Prapti Maharjan so she can calculate the life cycle analysis. I expect that the lighter weight will mean that the life cycle analysis will be better but that is for Prapti to find out.

Kitepower uses a kite and is finishing a truly unique product that you can pre-order. Initially it looks like a simple 20 ft container that you can put on any truck and take to a location that lacks energy. Then you can quickly (in a matter of hours) deploy the kite to get a 100 kW system. And because you can tap into the winds at higher altitude it also works at locations with less-than-ideal ground wind speeds and it offers a capacity factor higher than a regular wind turbine (and of course much higher than a solar panel). Prapti will also look at the life cycle analysis of this system before moving on to other technologies. Kitepower has just been awarded 3 million Euros by Energy innovation fund ENERGIIQ, Stichting ifund and Windhandel Beheer to further develop and commercialize its airborne wind energy system.

The psychology of wind power

The wind PhD candidate that I’m personally most proud of is supervised by principal investigator and behavioural expert Reint Jan Renes together with Roland Schmehl. PhD candidate Helena Schmidt will look at the psychological aspects of wind energy. As became clear in the news items that I started with, wind increasingly invokes strong emotions and responses from people, and we cannot accurately model the agents in our NEON system if we don’t understand the social dimension of wind energy. Especially airborne wind energy is (as far as I know) unexplored territory. Will people support it because it is so much less visible or oppose it because all that movement and the idea that it can crash gives them the heebee jeebees? We hope Helena can find that out. And more.

Wind energy, especially offshore, will be an important (maybe even the most important) source of energy for the Netherlands and the NEON model. We will research the cost, the grid impact, the accompanying storage that is needed, and the psychological impact. Airborne wind still has to prove itself commercially, but the Netherlands is a world leader in the field and it could deliver more constant energy with less visibility and material. All in all, an important and exciting topic that NEON research will offer many new insights on.